Digestion problems are some of the most common health issues that people have.

Oftentimes, people with digestion problems seek a diagnosis, only to be told they have "irritable bowel syndrome". This is what's referred to as a 'garbage can diagnosis’, meaning that if it doesn’t fit into a few clearly defined conditions, everything else gets heaped into the garbage can. And in the case of digestive problems it’s irritable bowel syndrome. Typically these people are given an acid-blocking drug, told to eat more fiber, and sent away. Never is the diet, lifestyle or other factors discussed!

However, there are several serious digestive diseases that require a thorough workup – these include Crohn’s disease, ulcerative colitis, celiac disease and a few others. It’s important to rule out more serious conditions before considering other ‘functional’ digestive disorders.

Attempting to treat digestive problems without closely examining a person’s diet and lifestyle is shortsighted at best. For example, many people are put on acid blocking drugs (which worsen digestion, by the way) and no one has even asked about their diet, which is causing the symptoms of acid reflux in the first place!

This is a condition where the cells lining the digestive tract do not stay close together. This allows the gut to absorb larger food particles than it normally would. These food particles, once absorbed, can be very irritating to the gut tissue itself, and to the immune system creating all sorts of other problems, namely food sensitivities.

Leaky gut happens from a combination of stress, poor diet and other lifestyle factors. A person wouldn’t necessarily know if they had leaky gut; treatment is based more on symptoms than specific testing for this condition.

A big factor in digestion problems that is often ignored is stress. People can go for years eating unhealthy foods with very few symptoms until an episode of high stress pushes them over the top. Suddenly these people start having reflux, bloating, stomach pain, etc.

This happens because the same chemicals (neurotransmitters) in our brain are the same ones (that we have a lot of) in our gut. When these stress chemicals become high, they also act in the gut causing digestive dysfunction. Addressing stress is a part of achieving good digestive health.

This person came in because over the last 6 months he’d been having more stomach pain, bloating and cramping after eating. These digestion problems & symptoms also started happening in the morning before he had eaten. His stress level was moderately high. He exercised often, ate relatively well, and was otherwise healthy.

During our intake I learned that he drank a lot of water to stay hydrated, most of which was with his meals. He would often drink nearly a liter with his meals. The problem with this is that he was severely diluting his digestive enzymes, and the food was then remaining in his gut for long periods of time only partially digested. When this happens, the food actually starts rotting, leading to gas, bloating, cramping and diarrhea/constipation.

We did 2 simple things for him; I had him drink no more than 4 ounces of fluid with his meals, and avoid fluids for an hour after each meal. I also had him start taking a digestive enzyme with each meal. This way, he was no longer diluting his digestion with fluid, and we added in extra enzymes to help his digestion along.

He followed up a few weeks later with none of his original digestion problems.

This woman came to the clinic for help with irritable bowel syndrome and stiffness in her muscles and joints. She suffered from bouts of constipation and then diarrhea. Several foods that she used to tolerate were now irritating her gut. She often felt bloated, and her muscles seemed to be getting stiffer and stiffer over the last year to the point she had to curtail her activity.

She had already been worked up for celiac disease, as well as inflammatory joint conditions – all of her tests were negative. Essentially, she never received any treatment and was told she had irritable bowel syndrome.

We collected blood for a food sensitivity test, which the results of revealed she had a strong sensitive to eggs and dairy foods. We discussed this, and had her start taking melatonin, (which is best known for it’s sleep inducing effects) which helps to regulate gut function. We also put her on the right dose of probiotics and omega 3 oils to help her gut flora.

Her joint stiffness resolved quite rapidly after removing eggs and dairy from her diet. Her digestion began improving about 4 weeks after this, and the melatonin, omega-3 oils and probiotics helped her have more regularity.

Repairing digestion can be rather straightforward when we look at diet and lifestyle. Food isn’t supposed to hurt your stomach, and digestion should function efficiently without discomfort. We treat a lot of digestive problems in Fort Collins. If you’re suffering from digestion problems, please come see us soon! 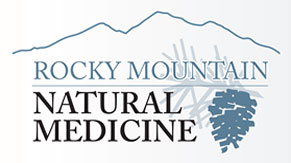 Join us to see the latest at Google and YouTube